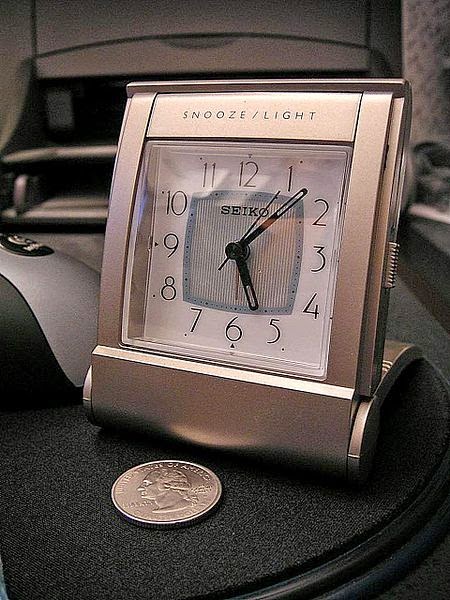 The alarm began its relentless beeping.  It continued for several minutes and Walter found himself wishing, not for the first time, that someone had developed a gadget so that he could turn the damn thing off from bed.  Then again, that would defeat the purpose, wouldn’t it?  His wife, Jean, had moved the alarm clock to its home on the dresser years ago, after an unfortunate incident in which he had hit “snooze” repeatedly for over 90 minutes.

She’d been gone for 8 years now, his Jean.  He missed her terribly.  She had always brought structure and order to their lives.  Walter was convinced that he would have made a mess of things if left to himself.  When she’s passed, he’d maintained her household regimen: running the vacuum and dusting the house on Saturday morning, laundry on Wednesdays, changing the sheets every Monday.  He did his best, but he sometimes forgot things.  Walter was 87, and his life was a dichotomy of a rigid schedule versus a firm belief that he’d earned the right to do as he pleased, when he pleased.  He missed his Jean, and he forgot things.

The alarm was still beeping. He felt it shouting at him “Get Up!” as he shuffled across the room and slapped his hand on the switch.  “That’s enough from you,” he muttered and continued his half-awake progress into the bathroom as another clarion was calling louder and more insistently than an electric clock ever could be.  It was the inevitable price of age and being vertical.

After his morning watering, washing, and clacking about of medicine bottles he returned to the bedroom with a small plastic shot glass full of pills in one hand.  He was supposed to take one or two of them with food, but he could never remember which ones.  So he just took them all together with his breakfast.  In his other hand he held his empty nitro bottle.  He’d forgotten to get the prescription refilled yesterday.  Was it yesterday?  He didn’t remember.  The pharmacy had called a couple of times, though.  The helpful young voices reminding him that he really needed to get his medicine refilled.  Today he’d do it.

“What’s next?” he asked himself.  According to Jean’s schedule he should make the bed, but he waved his hand at it, dismissing it.  He was hungry.  So he got dressed, continuing to ignore the bed, and made his way to the kitchen with his empty medicine bottle and his shot glass full of pills.  It was Sunday, and that meant pancakes.  Jean had made the best pancakes: not too thick, not too flat, just enough fluff to absorb the butter and pure maple syrup. Jean had not allowed the other stuff in the house, the “fake” stuff.  She insisted that a tablespoon of the real thing was better than cups full of the other.  His stomach growled just thinking about it.  His efforts were not quite up to her standards, but the memory of 50 years of Jean’s pancakes made up for whatever his own cooking lacked.

It wasn’t as if Walter was alone.  The kids and their kids all lived nearby.  There were even the beginnings of another generation to remind him of the delights of childhood.  Walter felt like a lucky man to be living that amazing world of discovery a third time as “Grampa.”  His sons came over, often dragging one or more of their progeny with them.  They’d sit on the back porch and watch the grandkids do the yard work while listening to whatever ballgame was on the radio.  While the beverages served may have reduced in potency over the years, the volume of honest laughter had not. 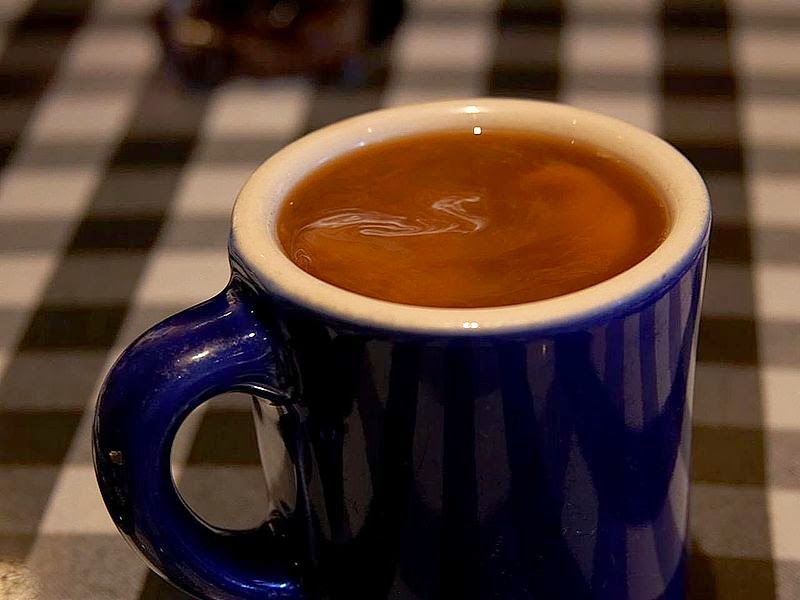 He set the table and folded the newspaper just the way he liked it, all in preparation for the morning ritual of breakfast. He mixed and cooked the pancakes, poured his coffee and juice, and settled in for a leisurely graze of the delicious, maple drizzled cakes while he read the paper.  Sipping his coffee he sighed.  Decades had not diminished the pleasure of that first taste of the morning.  After years and years of rushing, corralling children, and meeting other people’s schedule demands he enjoyed his mornings unfolding naturally at whatever pace he chose.  Some mornings, he’d even go back to the bedroom and take an after breakfast nap.  Jean would not have approved, but it was one of his little indulgences.  He figured he’d done his time dancing to other people’s tunes, even his beloved Jean’s.  He’d do as he pleased now.  Today he planned on savoring the paper and enjoying the quiet, sunny Sunday morning.

He started in on the front page, folding and refolding the paper to the various articles he read, as was his habit.  So much of this seemed like foolishness to him: a lot of fuss about issues which were really quite simple.  Why did people insist on making them so? Why did young folks make life complicated?  Life was really not that difficult: do your best, respect the rights of others, and mind your own business.  He moved on to the sports section:  more scandals involving steroids and domestic violence.  He wondered, and not for the first time, when celebrity had become so important that athletes felt absolved from the consequences of abuse.  He also muttered under his breath that people seemed to know far more about the personal lives of other people than they had back in his day.  “It’s not healthy,” he growled, “being in everyone else’s pockets.  Hard enough minding your own affairs much less to be snooping about in the lives of people you hardly know.”

In disgust, he moved on to the comics and began to chuckle.  “That Dennis the Menace!”  The comic strip still made him laugh after all these years.   He checked the astrology column.  Four stars for today, it said.  “I don’t know about that.” he thought, “My stars seem to be pretty much the same everyday.  I’m just glad to have any at all.”

Refolding the paper again he headed for the last stop before he started on the crossword – the obituaries.  Scanning the page he didn’t see anyone that he knew at first glance.  A blurry photo in the lower right corner drew his attention. “Boy, they really have let their standards drop if they printed this!” and he squinted at the words beneath.  He made out “Walter James Petersen” moments before crying “Idiots!”  Maybe it was another Walter Petersen.  But as he read on it was all there:” wife Jean, deceased; children, grandchildren, retired from where he’d been a High School Principal since 1971 . . .” This was his life!  Why did it look so small, condensed into two paragraphs like this.

He didn’t read the end of the listing.  This had to be a mistake.  He shuffled through the phone book looking for the number to call to report the error.  It was after 10 am; someone should be at the newspaper.  He dialed the number and got a recording telling him his call was important, and asking him to leave a message, which he did.  He wanted to see a retraction printed or at least, if people were going to think he was dead, he wanted a better picture printed!  “I guess people don’t work at newspapers on Sunday.” he thought.  But they still thought your call was “important” the friendly voice had assured him.  “If you thought my call was so damned important, you’d have been there to answer it,” he said to the air.

Posted by Judith Cullen at 8:33 AM