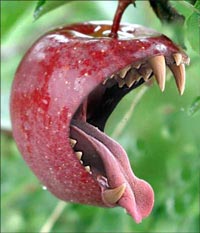 It's Here!  After languishing in the editing suite for two days, the next installment of lustful fruit poetry (smiles) in which Laura develops fruit envy.  Actually I think I dubbed this section "Truth and Consequences."  I've given up trying to catch up, so we are just going to Keep Moving Forward.  Enjoy! I have performed this many times, but one of my favorites has been presenting it with friend Dubhna Rhiadra in Second Life (c) as a duet reading.  Maybe that is because she always insists on me reading Laura. No, seriously ... she is in Wales and I am in the Pacific Northwest, yet we connect when we read in a way that still stuns me, given that we've never shared the same air space.  There are several colleagues I connect with that way as a virtual perfomer.  It always seems and feels like a miracle, and it always leads to the very best performances.

Apologies. The next installment of The Goblin Market has been delayed by me recovering from a cold.  Progress being made ... keep the faith and check in tomorrow.  It's almost all cleared up, just not before I ran out of audio tracks recorded in my "pre-cold" state.

Have a wonderful sneeze, wheeze, and cough free day!
Posted by Judith Cullen at 12:21 PM No comments: 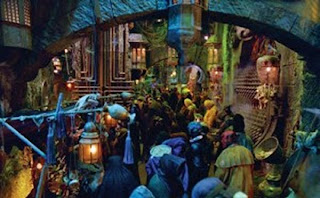 Composed in 1859, Rosetti's poem is a continual source of discussion and controversy.  "Critics" and "experts" like to analyze after the fact and find things which may or may not be there, sometimes mixing innocence and salaciousness because they view it throught he frame of their own times and beliefs.  The result often creates controversy and the hint of scandal which might be a little off context. Proto-Feminism?  Bisexuality?  Who the heck knows?  None of us were there.  No matter how learned, we won't ever really know.  i=It is possible Rosetti did not know herself.  Isn't the point of timeless literature that it speaks to people over generations? It's an interesting conundrum, though. It is noted nicely on Wikipedia with some interesting links.

What I do know is, it is a bloody tough poem in any number of ways.  The meter and the rhyme might sometimes be described as "erratic,"  making it very hard to read out loud sensibly.  Plus, as I discovered recording, it is full of multitudes of deadly, complex plosives!  Still, the internal rhythms are compelling and a real delight to read.

Looks like this will come out in three or four parts.  Check in tomorrow for the next section. 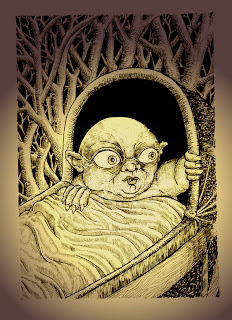 More delights from the stories of T. Crofton Croker (also author of The Rock of the Candle).  In this one the elves try and play one of their standard tricks on a human mother by switching her lovely baby child for one of their own number, who will undoubtably rain havoc upon their mortal existance.  But Mary Scannell is a wily lass, and knows well enough when she has been tricked.

A good story, and a gentle beginning to the week.  Coming up this week:  more Mary Oliver, William Butler Yeats and The Goblin Market.

The Changeling by T. Crofton Croker

This comes from Scary Stories to Tell In The Dark, a collection from folklore retold by Alvin Schwartz. Mr. Schwartz seems to have made quite a publishing career in the early 1980's out of reinterpreting stories from folklore, with no less than a dozen titles to his credit - mostly ghost stories, tall tales, and "tomfoolery."

I have some good posts lined up for next week, including more W.B. Yeats, Mary Oliver, and Christina Rosetti's Goblin Market in parts.


The Guest, retold by Alvin Scwartz

Pardon the delay in today's post.  Lots of changes to the studio yesterday and some of them are still being absorbed.  Today's post track might sound a bit different to you as we fiddle with the post processing after yesterday's studio upgrades.

Here is today's offering:  another tale from The Celtic Twilight by William Butler Yeats.  I leave it to you to ponder whether you think that the man referenced in the title was better, or worse off, after his encounter with the spirit world.

OCTOBER 11: "A Dream Within A Dream" by Edgar Allan Poe

It is inevitable that I would post this Poe-em.  The author is destined forever to be associated with the month of October, and this is one of my favorites.  I looked through my "Complete Works of..." and found any number of candidates for today, but they were all bleaker than this (GASP!).  They were not quite the Poe I am ready to deal with today.

Later in the month, I may lay down some of the short stories as daily posts.  They are longer than I would prefer, most running about 15-18 minutes.  But if you would like to hear me read The Tell Tale Heart, Masque of the Red Death, or The Cask of Amontillado perhaps, leave a comment! Screaming optional.

A Dream Within A Dream (Poem) by Edgar Allan Poe

﻿﻿﻿
﻿﻿﻿
I love this story!  I have another recording of it buried in the archives somewhere.  It was recorded before the recent "studio improvements."  No doubt I will record it again in the future.  Besides, I have never, ever done this story the same way twice.  It is Yeats, for one thing.  It is also just that kind of story!

For the Curious, this story can be found in Yeats' Celtic Twilight, which is a collection of faerie and folklore short stories that range from the unimaginably metaphysic to the utterly delighful.

The Man and His Boots by W.B.Yeats

OCTOBER 9: "The Rock of the Candle"

﻿
﻿
There's nothing that says "happy spookable month" like a story with an angry hag in it.  Coincidently, about 50% of Irish legends contain such a powerful, unsightly character.It is important to note that they are not always angry, and as frequently  are the source of great wisdom as they are the bane of the citizenry.

Today's post comes from the folktales of T. Crofton Croker (1798-1854), which can be found many places, among them in a collection by Dover Publications titled Irish Fairy Legends.  It just goes to show you: be careful what you look at, and never leave home without your thrice enchanted magic cap!

The Rock of the Candle by T. Crofton Croker 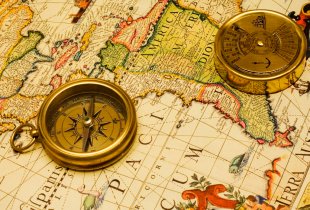 Taking a brief respite from the serious pursuit of Autumnal Poetry and Ghost Stories for a bit if silliness.

Today's selection is appropriate to the U.S. observance of the day.  This is what what I learned in elementary school (probably 1st or 2nd grade), and if you went to Public School in the 1960s and 1970s there is a chance you too might have this little ditty tucked away in the deep recesses of your brain, along with the Patches Pal Pledge and the words to the Super Chicken Theme Song.

Tomorrow we'll get back to the literature.  Given what we know about Columbus, and given the changes in political and social appropriateness, this song is long out of place.  But for today, let's just relax and have a bit of nostalgic fun.

Enjoy Columbus Day Song! (with apologies to whatever long gone maker of school room music books was responsible for this)

More from St. John Seymour and Harry Neligan's compilation of true tales from across the Emerald Isle of "Haunted Houses, Banshees and other Supernatural Phenomena" entitled True Irish Ghost Stories.﻿  In today's selection, a reckless Irish Lord gets a second chance to mend his wicked ways.  Will he take it?  What happens if he doesn't?

Posted by Judith Cullen at 8:00 AM No comments:

This is one of many, many stories from St. John Seymour and Harry Neligan's compilation of stories of "Haunted Houses, Banshees and other Supernatural Phenomena" entitled True Irish Ghost Stories.﻿  In this particular account, and enraged ghost or demon is dispacted in a very uniquely Irish manner by the local Parish Priest.
Selection from True Irish Ghost Stories ~ Part 1

Told you there'd be stories!  Another tomorrow.

Posted by Judith Cullen at 5:00 AM No comments:

OCTOBER 5: "Into the Twilight" by W.B. Yeats

﻿﻿
﻿
﻿﻿
I do adore Yeats!  I had a whole pile of other possible things for today sitting out to try on my tongue this morning. Ultimately this book ("Celtic Twilight") fell open to the last page by accident and I thought " What is that?"  read it (it had been a long time) and then answered myself "THAT is today's post!"

Found the lovely photo on an edublog site that was shut down over two years ago, so hopefully no one will get their knickers in a bunch that I used it.  It's a beauty!

Into the Twilight by W. B. Yeats

Wee stories for the weekend!
Posted by Judith Cullen at 7:43 AM No comments: 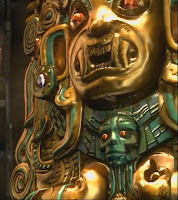 It is just not October with out a little Poe. Or a lot of Poe.  There will be a lot more of Poe this month, so let's start out with this one ... a gentle favorite. It sometimes feels like the cycle of bills and paying them is like the search for the mythic City of Gold.  But lately I have discovered that less is actually much -- much more. 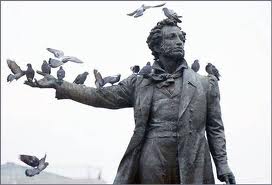 ﻿﻿
﻿A new month and a new project.  Have a platter full of recording to do this month. I decided just this morning that doing a short "wake up" track each day was just the way to get warmed up and motivated.  Plus, it's a great month for stories and poems of the mythic and super natural!

So, let's begin the "spookable month" with a favorite!

The Stolen Child by W.B. Yeats