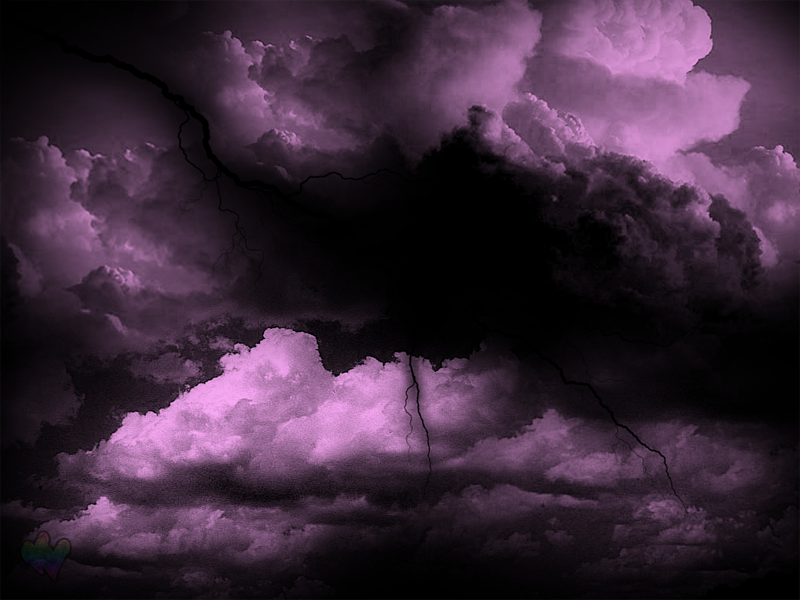 I had a dream almost a week ago - powerful, vivid.  It surprised and annoyed me.  I wrote this poem several times as a result, mostly in the car driving to work.  Unfortunately, those "commuter editions" are lost forever, and I think they were better than this version, in some ways.  But such are the transient nature of dreams.

My dream was filled with him
Unexpectedly saturated with
Food
Laughter
Good Company
And the comforting tambor
Of his voice.

It was held firmly, my hand
Wrapped in his as we
Connected
Every way
Everywhere
Surrounded with the vigorous intoxication
Of his presence.

The inevitable moment, for me
Pulling so close
Muscle
Breath
Warmth
Speaking with my heart
“I love you.”

A pause whose silence echoes
The break between
Chemistry
Comradery
And conscience
An infernal gambit between
“yes” and “I’m sorry.”

They would not release, his arms
When I pushed away
Hurt
Wounded
Embarrassed
Firmly they restrained, prevented
My escape from his regrets.

Not enough in waking moments
To know the truth of that pause
“I love you”
“I know”
“I’m sorry”
Why did it have to infect
My dreams as well?
Posted by Judith Cullen at 7:20 AM No comments:

I am the Ebenezer Scrooge of Valentine's Day!  That is, until about 24 hours before the arrival of the day, when I frantically "go all hallmark" just like most of the western world.  It is an annual microcosmic reflection of my own inner conflict/confusion over the word and the concept of  "love."

The Greeks got it right.  The language has four distinct words to distinguish the different types of “love”.  We American-English speakers don’t manage it quite so well.  We get confused.

It’s easy to get confused!  Depending on your nature depends on how confused you are, or how much confusion you create.  Let’s not delve into suppositions of what is inside individual hearts, that only makes the conflict more complicated.

The Greeks identify Agape – a spiritual, unconditional love that gives and expects nothing; Eros – the physical, passionate, sensual longing that is the source of so many romantic misadventures; Philia – a mental love applied to affectionate regard or friendship; and Storge – possibly the least “love-like” sounding of the lot, it refers to simple “affection” and is usually applied to family or just acceptance of a relational situation.

One can reason that there is an evolution inherent in these words, while each type is capable of standing on its own.  One might move from philia to eros, though in my experience eros tends to flare up without preamble most of the time.  The next step might be from either philia or eros to agape. While modern Christians like to use the word agape to describe their relationship with the divine, amongst the more mundane creatures agape takes time, and shared history to build.  I use the term "build" because, unlike the popular use of the word “grow,” building agape takes personal commitment, engagement, and plain old-fashioned  hard work.  You can’t just water it and pray.

In English, we don’t fare as well.  We have one word – “love.”  We dress it up for every possibility, and trot it out for everything from casual meetings to formal occasions.  If you are a cuddly person, you use it liberally in everyday conversation, tossing it about like so many candy sprinkles.  The very casualness of it identifies it as philia, you hope.

I am just this sort of “sprinkly” person, and I sometimes pause to wonder if I am doing damage with my liberality.  Except, I do actually mean it.  I love people.  I want to love people.  I like to love people.  People are endlessly fascinating, marvelously diverse, and I learn so much from them.

I also get into trouble this way.  Relating to people in a loving way does not always mean they reciprocate, and we all do tend to default to assuming everyone views through the same life lens as we do. Most frequently they don’t share your particular view, and admittedly there are some less worthy of love than others.  Still, I like who I am far better when I am loving people. So, while an occasional “proceed with caution” message may flash up in front of my eyes, continuing to fully embrace philia is simply who I am.

There’s more trouble lurking, and I have gone through more of that in the past few years than I would have anticipated.  It involves eros.  There’s a whole lot of emphasis put on eros in our 21st century society.  I’ll confess, as a cuddly person, eros provides certain tactile rewards that I need – scratches certain sensual itches that are part of being human.  Being snuggly and functioning at a snuggle deficit does not make for the sanest of mind sets. There’s no denying the romantic aspects of eros, because they excite: make your head spin with the thrill of it, and your whole being seems to tingle. The rush of dopamine when you see or connect with your lover can be incredibly addictive.  It is exhilarating, and dangerous.   You want to feel that way all the time - forever!

Eros can be deceiving.  There is a desire to blur the lines and assume that eros and agape are one, or that the shift from one to the other is a given.  After all, in English it is the same word – love:  “I love you,” “My love.” These easily lead one to believe in something that is more lasting and enduring than eros can typically deliver, and that it is possible to float on that sizzling romantic high always. We think it is “love” when it is really “desire,” “want," or “like an awful lot.”  But we still call it by the name of “love.”

I have been in several relationships, in the past few years, that were eros driven only to become heartbroken when they fizzled.  You feel stupid, because you feel like somehow you should have known better.  Every time I ask myself, "am being smart, putting my heart out there so easily like that?"  I even went into one relationship carefully, cautious to not let myself believe it was the wrong kind of love.  I failed.  Up went my head over my heels at some point, and I was lost in the thrill again.

I keep hoping somehow I’ll become wise, even going so far as to write this essay.  But the truth?  The real truth?  The heart has the incredible ability to endure, overcome, and to heal: it doesn’t matter whether it is philia, eros, or agape.  The ability of our hearts to recover and fight another day - to charge back out into the fray again and make messes and mistakes just as big as the ones we made before - are part of what makes us uniquely human.  It is not a weakness, as some popular punditry suggests, but ennoblement.  Our capacity for loving, of all kinds, is endless.

So, as with my “huggy philia,” will I accept that I am who I am, and keep on falling in love? Yes.  Am I foolish not to learn from previous misadventures?  Probably.  But love is like so many human conditions: it can’t be learned academically, intellectually, or from writing essays.  You have to go out there and do it: fieldwork, hands-on learning, engagement that might require copious amounts of soap and hot water.  So, I am going to keep smashing my nose, making a mess, and generally tripping over my own feet in the quest to learn to accurately identify the different types of love.

Posted by Judith Cullen at 8:50 AM No comments:

THOUGHTS FOR HEART DAY - Hope You Have a Happy One! 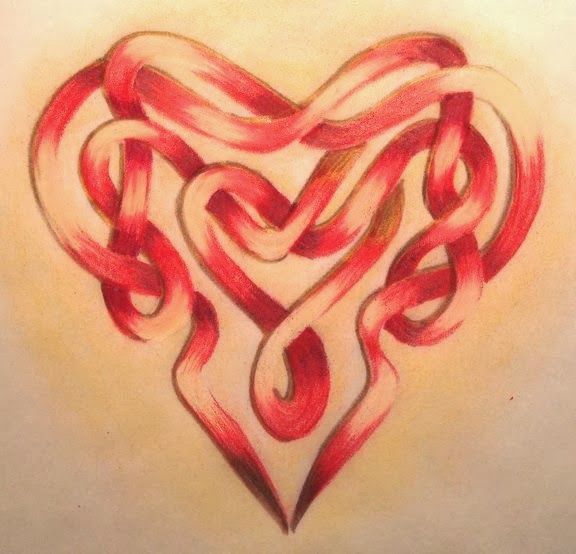 You want it to say,
“Let me move these things out of your way.”
But it ends up saying,
“I made tuna salad.  Want some for your lunch?”

You have to listen hard
And with your whole heart
The voice of love is cunning
It sneaks up where you aren’t listening
Posted by Judith Cullen at 8:01 PM No comments:

I had a couple of ideas begin to brew last month.  I have notes on all three, and finally broke through the notes on two of them.  Here's one, dedicated to Mom. 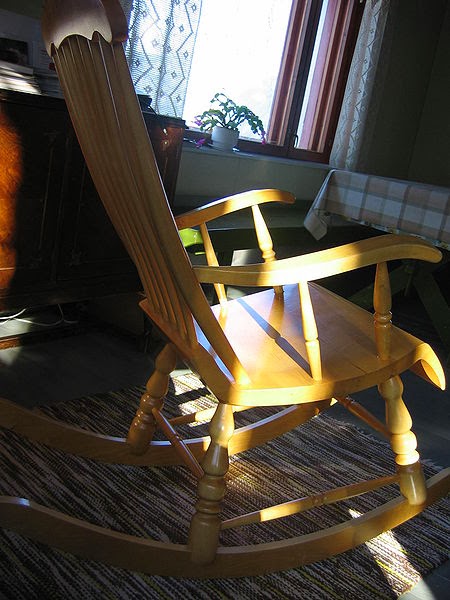 “Worry is like a rocking chair: it gives you something to do but it never gets you anywhere”  - Erma Bombeck

My worry sits in a rocking chair,
Sometimes, she’s 82.
Rocking forward and back,
Dispensing observations
And concerns.

As she rocks forward and back,
The adult “me” hears it.
Messages from the past,
Old scripts playing
Over and over again.

"Judith, you are . . .
Such a messy child,
So irresponsible,
Completely unaware,
Somewhat incompetent,
Never good enough."

How did I attain this mature age
without this daily “help”?
Rocking forward and back,
Reminding me of all
I know, that I don’t.

The morning light changes the litany
I see my worry anew.
She sits there and rocks as always
I see the years weighing on her
Every moment, every breath.

The message comes through
For the very first time.
After fifty one years
Of listening with my ego,
Instead of with my heart.