This story was inspired by a particularly impassioned gardening incident in my back yard.  While not a traditional ghost story, I don't think there is anyone in the Pacific Northwest who would not agree with me that Rubus armeniacus seems possessed, to have power issues, and a will totally unbecoming a plant. 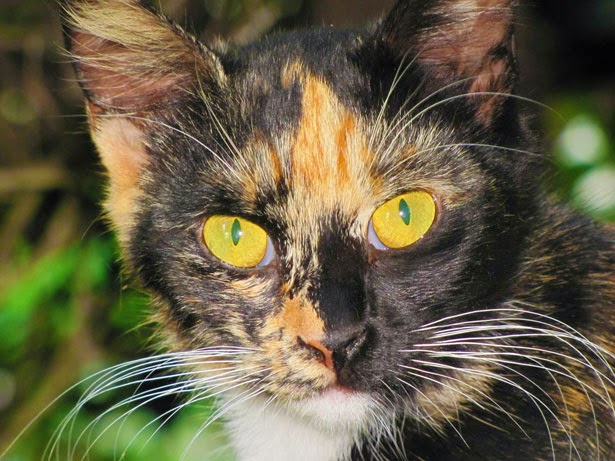 The knock at the front door was insistent.  “Fix the door bell.” Cara grumbled as she hustled around piles of
boxes, heading for the front door. “I’m coming!”  It had been a week but their new house was still a complete chaotic disaster.  That’s what came, she told herself, from moving on a Sunday.  It had been all she could manage to get everything out of the truck and roughly sorted, even with the help of hired movers.  Then she had to hunt down a few essentials, get Kiley and Sprinkles fed, settled, and still get herself ready to start a new job the next day.

She swung the door open, reminding herself to smile, and met the worried face of Sheila from across the circle.  “Oh God,” Cara thought, “we’ve only been here a week, what’s gone wrong already? Had Kiley been too friendly and chattering?  Has Sprinkles been picking fights with other pets?” Kiley had thought the cat looked like chocolate ice cream with Halloween sprinkles all over it. Despite the feline’s fanciful name, it had a notoriously scrappy disposition outside the immediate family.


“Have you seen Kuja?” Sheila burst out before “hello” could be uttered.  Cara blinked, trying to think who or what “Kuja” could be.

“Kuja.  Our Yorkie.  He was here in the yard the day you moved in.”

Cara remembered the little rat-like terrier that kept getting underfoot, and finally settled on vigorously pacing the fence, barking at something in the bramble-filled empty lot next door.  Sheila had come over with a welcoming plate of cookies and a thinly veiled consumptive curiosity.  Kuja had been right on her heels and stayed in orbit until Sheila had finally allowed Cara to get back to working with the movers, keeping an eye on Kiley, and nervously checking on Sprinkles who had spent the afternoon howling from the confined safety of a cat carrier in the car.  Sheila had gone back across the circle to her own house, her welcome wagon mission accomplished and her curiosity at least partially satisfied.

“He’s been missing since yesterday afternoon.  He was over here again, worrying your fence.  I don’t know what’s over there that bothers him.  I told Roger to go get him and bring him back over here before I left for the Library Council, but you know how teenage boys are.”

Cara stopped herself from saying that she didn’t really know what Sheila meant. Roger had been really helpful on moving day, playing with Kiley and staying to help scoot things around when the movers left.  Deciding that it was still early days in this neighborhood and it was best to proceed diplomatically.  So she settled on nodding sympathetically.

Sheila bit her lower lip and sniffed back her clearly mounting distress.

“I know he can be yappy and annoying, but I . . . “ She choked off the rest of the sentence and Cara could not help but reach out to her.

“Let’s go take walk through my yard and see if we can see any sign of him,” she found herself saying. Sheila looked damply grateful and let herself be lead through the house and out the kitchen door. 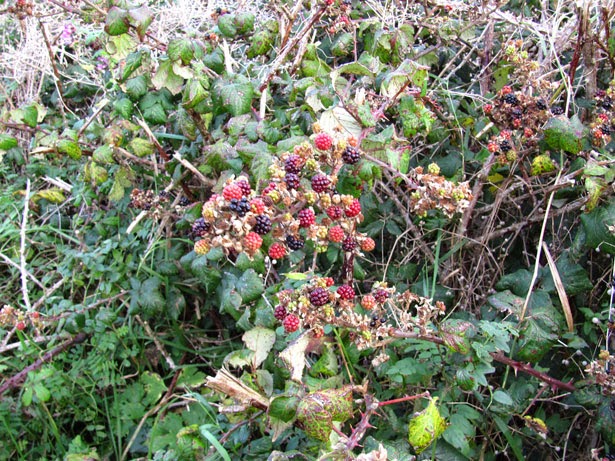 Cara let her concern for Sheila override her embarrassment at the state of her new house.  The yard needed a lot of work.  When Cara looked with imagination, she envisioned fruit trees dancing in the air and the winding beds of flowers and plants colorfully winking at her.  She saw Kiley racing around, tumbling and laughing on a vibrant carpet of green, and picking vegetables from a little kitchen garden that they planted together.  What she actually saw with her everyday eyes was a weed-choked browning lawn, a few scraggily bushes and a dried out fence with blackberry canes clambering over and through it.  And Sprinkles, she saw Sprinkles literally – right now.  The cat was in the backyard, hissing at the fence.

“Sprinkles!  Come away from there, you crazy thing!” She clapped her hands loudly to break the cat’s focus.

The cat ignored her, and Cara had to finally walk over to shoo her away from the blackberry.  The cat glanced back at the fence menacingly and at Cara disappointedly before marching into the kitchen.

“Sorry about that.”  Cara guided Sheila around the yard and they pretended to look for the dog, but it was really only a gesture.  There weren’t many places for him to hide in the scrubby back yard. It had been clear from the moment they’d stepped out the door that Kuja was not here.

Cara opened the side gate and they walked back around to the front, calling out for the dog and looking diligently in even the most obvious places.  There was no sign of Kuja anywhere.

“I just don’t know where he could have gone.” Sheila sniffed again and wiped her eyes, which were finally succumbing to tears.

“I’m sure he’ll turn up.  Sometimes they just like to explore.  I know both Kiley and I have been desperate when Sprinkles has gone adventuring, but she always comes back.  Kuja will come back too, soon.”

“I know it’s silly.  He’s just a dog but, you know, they are like children – like family really.  You just don’t realize how much they mean to you until they are not there.”

Cara walked the grieving Sheila across the circle to her own door, listening and reassuring as they went.  Then she hustled back to her own house, feeling exposed that she’d left it with the kitchen door standing open.  She found Sprinkles in front of her food dish, munching.

“Do you know what happened to Kuja?” Cara asked, wondering why she expected the cat to give her a helpful response.  Sprinkles just sat up and looked at her with an air of utter superiority and impatience.  She strode over to the still open kitchen door, looked out, looked back at Cara and gave her a brief, bullet-like, “mmaaaaar.”  If Cara hadn’t known better she would have sworn the sound had been laced with disgust.  Sprinkles turned and looked out the door and began a low, almost imperceptible growl at something outside.

“No more of that today, little Miss.”  Cara shut the door and scooted the cat away from it.  Kiley would be home from Girl Scouts soon, and she wanted to be prepared.  It had been hard to just drop her off with a new troop and leave her with a people she’d only just met.  She hoped that Kiley would come home bubbling over with stories of the girls she had met and the things she had done.

This house was a new beginning for them.  In the first few years of Kiley’s life, Frank had only been home a few months at a time before he’d been lost in in a helicopter crash.  Kiley had barely known him.  It had taken several year’s after his death for Cara to realize that what they needed was a fresh beginning.  She needed it.  Working as a civilian on the military base where Frank had been stationed only reminded her of her loss constantly.  Watching others struggle with the realities of military family life didn’t help either.  Everything about their old house, 10 minutes from base, had held memories of him. It had all weighed her down as she struggled to raise Kiley.  She’d gotten support from her family, who had lived nearby, but it just never felt like she was moving forward.  So she decided to find a new house and a new job, and get some physical distance from the life she and Frank had lead.  They were only an hour away from grandparents, aunts, uncles and cousins.  Frank’s parents still would call on Skype every couple of weeks.  Cara recognized that this was about her more than it was about Kiley.  Her bright little daughter would grow and thrive wherever she was planted, she was certain.  But she needed to take care of herself in order to be the best Mother that she could be. Cara was determined to make this move work for both of them.