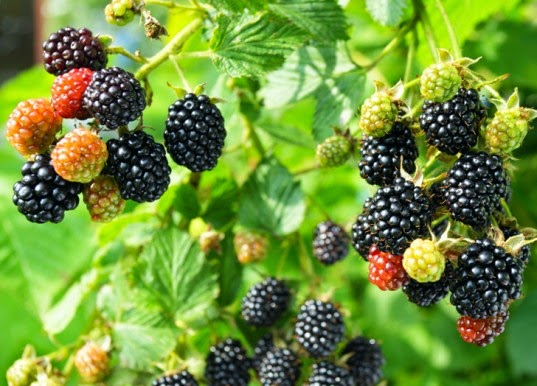 Weeks went by and Kuja never did come home. Kiley and Cara slowly acclimated to the new environment and started to get to know their neighbors in the little cul de sac.

There was Sheila and Tom across the way, with their sons Roger and Dan.

There was Mrs. Wiley who lived alone in a little cottage-like house with arbors full of flowering plants and azalea bushes the size of industrial packing crates.  She had painted her front door bright purple, and had three cats.  Sprinkles had already made a loud and somewhat unfriendly foray into the territory of the Wiley cats.

Then there was Dave and Marcy Hall, her next door neighbors.

Marcy was the adult leader of Kiley’s troop.  Cara had been envious beyond belief at Marcy’s garden.  It was an artistic arrangement of raised flower beds and winding hedges, all filled with beautiful plants with useful purposes.  Marcy was happy to enumerate the uses of each plant, it’s healing and dietary properties, and how to prepare it – whether tincture, salve, or solution.  Cara was overwhelmed, and could not help but be in awe of Marcy.

“How did you learn all this?  Was it from the Girl Scouts.”

Marcy laughed.  “Actually I learned some of it from the Scouts.  My Mother was an executive, and worked for GSA for many years.  It has always been a part of my life, which is why I get so much joy from volunteering for it now.”

Cara knew that the Hall’s children were both in college, and that Dave worked as a Botanist for the U.S. Geological Survey in a local office.

“I learned a whole lot from Dave’s Mom, though.  She’s the real deal – a tribal healer and herbalist. She’s just amazing.  She knows so much more than I can ever know.  But I keep on learning!”

“You already know a whole lot more than I do, and I think it’s pretty amazing,” Cara had replied.

Next came Cara and Kiley’s little one story fixer-upper, and then an empty lot on that end of the circle. The lot was overgrown with weeds and unending canes of wild blackberries which kept trying to insinuate themselves into Cara’s yard.

It was odd, she thought.  All their properties were backed by a wooded strip of land which lead down to a nearby stream – all very wild.  But most of the wild plants seemed to forsake the empty lot.  It was dominated by the blackberry.  In the summer, Cara thought, it would be glorious – a riot of sun-ripened, juicy berries that would taste like eternal summer. She could imagine preserves, pies, compotes and the satisfaction of making it all herself, with a little help from Kiley.  It had been years since she had done any canning or preserving and this might be an opportunity to enjoy that again.  Right now, though, the blackberries were just an annoyance.

Sprinkles the cat would not leave the blackberries alone.  Cara kept finding her, time and again, hissing and spitting at the fence, just beyond the reach of the plant.  Finally, Cara had enough.

She dropped off Kiley at swimming lessons one Saturday morning and returned home determined to do something about the blackberries.  She dressed herself in jeans, t-shirt, boots, and a long sleeved flannel shirt that was one of the things of Frank’s that she had kept: it was warm and comfortable.  She put on her thickest gardening gloves and, armed with the loppers and a rake, she approached the fence to do battle.

Twenty minutes later she was making progress but it was loud progress.  For every twining cane she cut off, the vine seemed to jump at her and cling.  Every time she cut one she had to detach it from clothes before she could add it to the mounting pile of chopped brambles near her yard waste bin.  The first few times she had just dealt with it, but it was starting to get on her nerves.  Why did they have to grab her every single time?  Why couldn’t they just go down with dignity and accept defeat?  She cut off a particularly thick cane, reaching over the fence as far as she could to grab as much of it as she could.  When she stepped away she found it had wrapped around her left leg.  By the time she’d pulled it loose it itself stuck to the back of her shirt, and in reaching around, it grabbed her arm and viscously scratched it.  Cara swore loud and long, and began slashing at the cane with the handle of her loppers, while the blackberry scratched at her even more.  She was spinning around in circles, screaming when Marcy ran into the yard and pulled the long clipping from around Cara.

“I heard screaming.  It was frightening.  Are you all right?”

Cara grabbed the hated vine with her loppers from were Marcy had discarded it on the ground, and dragged it over to the waste pile.  Then she started violently beating the pile with the rake, grumbling angrily.  Marcy came rushing to her rescue.

“Now, now!  Look, you’ve made your point. You’ve won.  Why don’t you just put the rake down and come over to my place for something soothing.”

Marcy pulled Cara away from the pile of wilting brambles and turned her to look at the fence.  Cara had made a great deal of progress.  You could actually see the fence now and very few thorny fingers of blackberry toyed with the top edge of it.  Cara realized that she had been growling at the plant just like the cat had been.  Something about that plant drew out the aggression in then both.  She drew in a long breath and let it out slowly.

“Yes, I think maybe you are right.  A cup of perspective sounds like a lovely thing just now.”  She smiled at Marcy, hoping to convince her that the scary person with the murderous gardening tools had fled.  “And some tea might be nice too.”

“Then I have just the thing for you.  We can see to your arms as well.  By the looks of your shirt sleeves, and that scratch on your cheek, the blackberry put up a good fight.”

Cara ran a finger across her cheek and looked at the smear of blood on the tips of them.  She started a low growl again.

“That is my cue.  Time for tea!”  Marcy pulled her away before things got out of hand again.

They were sitting at Marcy’s kitchen table sipping tea, as Marcy dabbed an herbal salve on Cara’s sliced up skin.

Cara shook her head, “You know, I just don’t understand it.  I have dealt with this before.  I’ve cleaned up brambles and weeds of all sorts.  But this one is different.  It’s like it is possessed and has a mind of its own.”

“Perhaps it does” a deep voice from the hall door interjected.

“Hello my Love.  Welcome home.” Marcy smiled as she and Dave wrapped each other in a hug and she kissed his nose.

“Dave has been out finishing a field survey for work,” Marcy said, “Come and see the war wounds our new neighbor has earned doing battle with nature.”

Dave helped himself to some tea and took a seat the table, and took a longtime studying Cara’s scratches.

The silence was uncomfortable and Cara broke it. “You said “perhaps it does.’  What did you mean by that?” 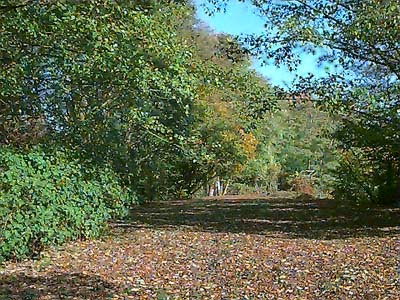 “It is a legend of my people, the Snohomish.  It is among our oldest tribal stories.  Way back when the land was still young, the Blackberry was a tree – tall and vertical like other trees.  Its branches reached long and high, its thorns were sharp, and it bore sweet fruit.  The tree lived at peace with all creatures and its succulent fruit made it popular among animals and birds.  Yet, one day something changed in Blackberry’s heart, though none ever knew why.  It grew envious and covetous.  It began to reach out and grasp any creature that came within its reach, trapping animals with its thorns and holding them aloft until they were dead.  This violence fed the Blackberry and it grew higher and mightier, the earth beneath it made all the richer by the bones of its victims.

“It did not take long for the animals to complain that the Blackberry had exchanged the ways of peace for an evil path.  There was no hesitation.  The Great Wolf seized a heavy club and climbed the tallest tree nearest Blackberry.  From the limbs of the mighty fir it began to beat the evil tree down, and down, and down.  With each impact the Blackberry was smashed to pieces until every branch had shattered and fallen to the ground.

“From that day to this, the Blackberry has been a bush and never again a tree.  The judgment of the High Ones was to render the Blackberry weak, robbing it of its mighty status, so it could never again misuse its power and harm the creatures of the wild.”

There was a pause of silence again. Then Cara blurted out, pointing towards the empty lot, “That’s no weakling bush! Can we get the Great Wolf back here?  Does he have a cell we can call, or an email address?”

Dave laughed, “That out there is not the blackberry of our legends, Cara.  You’ll find that the native blackberry is still a bush, still duly humbled as the high ones.  This plant is not native to these shores.  It is an invasive tourist brought by Europeans for berry production.  It is known as the Himalayan blackberry.  The European settlers didn’t know quite what they had, and they lost control of Rubus armeniacus.”

“The whole genus has power issues, I think,” Cara muttered.

Posted by Judith Cullen at 7:32 AM