GHOST STORIES: "Her Own Words" - Part One 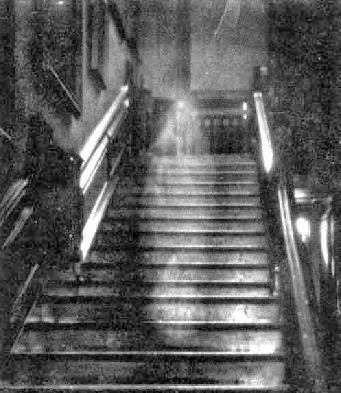 This is the third year in which I have written a ghost story for October.  In fact this year I write two.  The certain irony is that people who publish ghost stories actually are reviewing them in February.  So I suspect I am "banking it forward" with this work.

There is something undeniable about the effect late September has on my writing muse.  In 2012 I wrote my first ghosty story, "In the Mist", which was published in A TRIO OF IRISH TALES which is available on Amazon, and remains my most popular publication to date.

"Her Own Words" was last year's (2013) story took second place in a Ghost Story Contest sponsored y author Lissa Bryan. Since  this story is only available in paperback as part of TRIO TALES 2013, I have decided to share it here, in series, as it lends itself to that.  I'll follow with this year's stories, similarly eeked out in hopefully enticing bits.

Just a side note about me and scary stories:  if you are looking for the "blood-curdling-eviscerating-entrailing" kind of story from me, you are in for disappointment.  My stories have suspenseful, possibly thrilling moments, but my inner "Pooh-Bear" always asserts itself.  So you might best categorize my scary fiction as "Spooky-Sweet."  You have been warned - Enjoy!
*****

The wind and rain made the trees outside her window groan and rumble.  There was nowhere Elaine would rather be than right where she was: curled up under her warm, thick comforter.  She’d grown up with weather like this, and she loved listening to it buffet and batter as long as she could do so from safely under the covers.  The cat had a similar idea, hopping up once Elaine had pulled the comforter up.  It had stomped around before becoming a cushion of purring fur and lapsing into feline snores.

Familiar as the sounds of the storm were, Elaine was not lulled into sleep.  Her mind would not shut down.  The wind and rain reflected her own unrest as she tried to close down the thoughts of the day to get some sleep. Instead, she tossed with the branches and leaves accompanied by the sounds of the cat, which let out a low howl of annoyance each time Elaine moved.

The sound, when it came, seemed so out of place.  It challenged Elaine’s coziness.  It entreated her not-so-quiet mind to get out of the bed.  It was the squishing thump of footsteps outside.  How remarkable that she could hear them from this end of the house, with all the racket of the storm.  But hear them she did, loud and clear, and seemingly approaching her front door.  Who would be out at this time of night in this kind of weather?  Elaine’s still-careening mind ascribed whomever it was an idiot, and rolled over again.

There were two sharp raps on her front door.

“Oh geez!  Go away!” Elaine thought, trying to curl up even tighter against the imperative of the knock.

The house was dark, didn’t they see that?  She thought “There’s no one home!” trying to telepathically transmit the idea to whoever was at her door.

Elaine’s mind began to wander from her resolve to ignore the sound.  What if there was someone in trouble?  What if someone’s car had broken down and they needed to use her phone?  Worse: what if there had been an accident and someone needed help?  The “what ifs started to pile up in her mind until she groaned her surrender and threw the covers back.  The cat chose to let Elaine investigate by herself, remaining comfortably in the cave created by the tossed comforter.

Elaine reached for her robe and then, fearing it was not enough in case she had real company, quickly pulled on a pair of jeans and a sweater over the t-shirt she slept in.

Elaine didn’t bother to shout “I’m coming!” but she thought it loudly.  She doubted anyone outside could hear her from this far inside the house no matter how loud she called out.  Foregoing shoes she rushed into the hall, scrambling down the stairs, and into the foyer below.

There were two more raps just as Elaine was reaching for the chain and dead bolt.

She popped the chain loose, and flipped the bolt.  The doorknob felt cool and squeaked as she turned it to pull the door open.

No one was there.

She felt the wind blow in her face, and raindrops dotting on her skin.  This was impossible. She had just heard the knocking not two seconds ago!  Maybe they had given up.  Leaning out she looked around to see if she could spot someone retreating from her stoop, but there was no one in sight.  If they had just knocked on the door she would have still seen them, even if they had run.  There wasn’t that much cover around the front of her house.  She had a clear view of her yard, the neighbors on both sides, and the street.

A fluttering caught her attention and she looked down at her feet to see a small envelope caught in the door frame.  It was hand addressed “Elaine Harrison.”  She must have dropped it when she brought in the mail and the wind had lodged it there.  She reached down and grabbed it as the possibility entered her mind that maybe the person had indeed heard her moving in the house, and might have become confused and gone around to the back.  Carrying the letter without further thought for it, she closed the door, secured it, and moved through the house to the kitchen and the back door.

There was no one there either: not anyone on the deck, in the back yard, or visible in either of the adjacent yards.  True, they could have vaulted over one of the fences, but if they had felt the necessity to do that she doubted whether they really were her problem, or if she really wanted them to be.  She shut the door, jumping when the deadbolt flew home with a loud bang.

“Elaine!  Get a grip!” she counseled out loud, “No one in either front or back. There was no one in the street - no accident.  Whatever it was, it’s not your problem.”  She shook her head, laughing uncomfortably and headed for the stairs.  That was when she remembered the envelope, still feeling it in her hand.  “Odd,” she thought.  The envelope did not seem wet or even damp.

She climbed the stairs, turning it over in her hand.  Maybe it had dried in the time she had carried it through the house.  Nonsense!  If she had dropped it earlier it would have been out there for hours.  By rights it should be sopping and limp by now.

She walked into her upstairs workroom and clicked on the desk lamp to examine it.  There were no water spots on it.  The paper was as crisp and fresh as if it had come right out of a fancy stationary box.  It looked old-fashioned, antique.  Like the sort of notes her Mother had written years and years ago to thank family and friends for gifts or hospitality.  The entire envelope was not much bigger than her hand.  It had only been sealed at the tip of the flap, so she was able to slip her finger under to open it easily. As she pulled out the slip of paper enclosed, it occurred to her that the envelope hadn’t even been cold when she had taken it from the door frame.  It should have been cold, and wet.  It had been neither.

She opened the folded piece of paper and read the words.  They were like a slap in the face.  There, in her old curvy adolescent writing she read the words “Stay cute and sweet” in ballpoint ink.  She knew for certain it was her writing because there was a little heart tucked into the letters.  In those days, over thirty years ago, she had taken every opportunity to draw hearts on everything that wasn’t being turned in for a grade.  Also on the page, across one corner of the ballpoint writing, almost obliterating the word “and” was one word written in sloppy red ink which slashed the page.  The word was violently underlined: “Fake!”

The paper fell from her hand on to the desk.  The red ink was the only thing about the note and envelope that showed any relationship to the elements howling outside.  The red ink looked slightly runny, giving the impression that the word was bleeding on the page.  The red word was not her writing.  When she had seen it, read it, she had felt a jolt like the impact of a hand across her face and the sound of the word shouted right at her.

It lay there rocking on the desk, waving at her, screaming the word.  She knocked it with a slash of her hand so that it lay face down, and threw the envelope at it.  Snapping off the light she slammed the room’s door behind her.

Some sick joke!  Thanks a lot!  It wasn’t bad enough that she wasn’t finding it easy to sleep tonight as it was.  Some helpful bastard had decided it was a prime night for a prank.  How the hell had they copied her Junior High script?  It didn’t matter.  It was stupid and she hoped they were proud of themselves. She swung the bedroom door closed behind her and it banged against the jam, waking the cat.  Elaine stripped back to her t-shirt and threw herself on the bed, grabbing for the covers and resuming her restless attempts at repose.

Posted by Judith Cullen at 8:59 AM