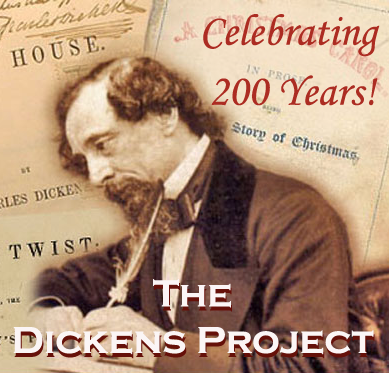 For years, I joined those who scoffed at annual productions of A Christmas Carol ... I admit it - guilty as charged! Maybe that's because there are so many bad adaptations and productions out there. It is easy to get lost in the superficial moments of the story and lose the depth it has.  At around 28,800 words it is about a three hour read out loud (less if you are reading it to yourself), and totally worth it.  Dickens packs so much into those words.  From savoring plenty and embracing poverty and need, he covers a lot of ground.

For the last four years I have presented the entire text in voice performance in Second Life (c) and it has given me a refreshed perspective. I now realize why there are people who do not feel their year is complete without some exposure to this story. Every time I read it, I find something new that touches me.


This year, I am developing an interactive virtual venue called The Dickens Project (because other names just became too damn cheesy) which is a beta version of a hopefully more expanded interactive project in the future. It is coming along well with a great group of folks involved from all over the world. It is based around a variety of live readings of A Christmas Carol as well as other works by Dickens.  Check it out!
THE DICKENS PROJECT in Second Life (c)
Posted by Judith Cullen at 3:31 PM