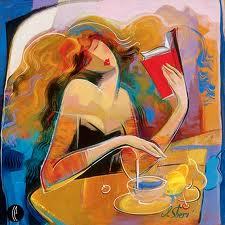 Georgia Douglas Johnson (1880 - 1966) was an American poet and a member of the Harlem Renaissance.  Johnson was born in Atlanta to Laura Douglas and George Camp. Her mother was of African and Native American descent, and her father was of African-American and English heritage.

Johnson graduated from 's Normal School in 1896. On September 28, 1903, Johnson married Henry Lincoln Johnson, an lawyer and prominent Republican party member. Johnson's husband accepted an appointment as the Recorder of Deeds from United States President William Howard Taft, and the family moved to in 1910.[2] It was during this period that Johnson began to write poems and stories. Johnson credits a poem written by William Stanley Braithwaite about a rose tended by a child, as her inspiration for her poems.

She began to submit her poems to newspapers and small magazines. She published her first poem in 1916 when she was thirty-six. She published four volumes of poetry, beginning in 1918 with The Heart of a Woman. Johnson also wrote songs, taught music, and performed as an organist at her Congregational church.

It is interesting to note that this poem inspired contemporary poet Maya Angelou, and her book of the same name takes its inspiration from Johnson's work.

The Heart of a Woman by Georgia Douglas Johnson

Recording (c) 2012 by Judith Cullen
NOT for Commercial Use

Note: Pardon the blonde in the art, but the style and vibrancy of the color reminded me of the Harlem Renaissance, and that's why I chose it.
Posted by Judith Cullen at 7:00 AM