The Blackberry & Other Tales That Creep


. . . has begun the Pre-Launch Sequence.
Let the Countdown Begin!
We are just hours away from Lift Off! 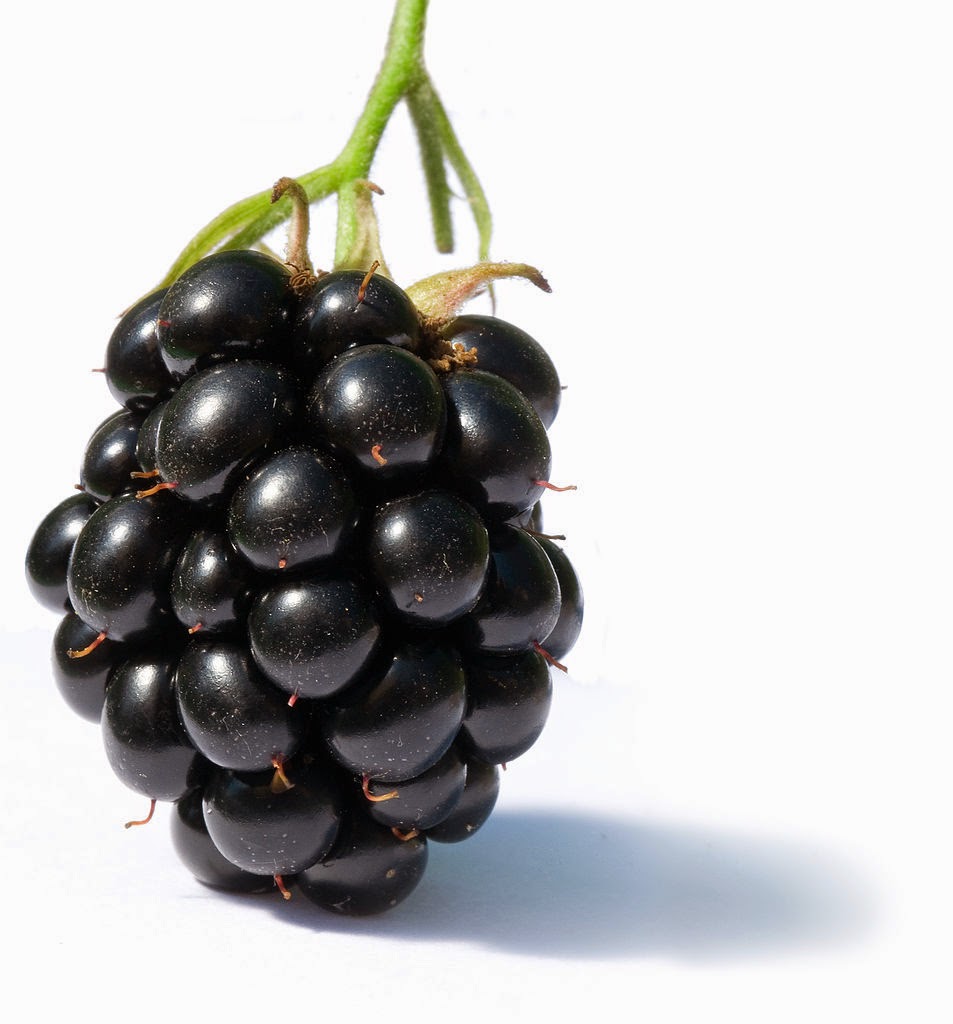 1  Question: To the left you see what we think of when we think of a single blackberry.  Is it a whole fruit?

Answer: Yes, and no.  What you see here is not a single fruit, but many.  Blackberries, like Raspberries and all the various varietals thereof, are aggregate fruits. They are made up of very small, circular fruity units called "drupelets."


As in other kinds of bush berries, blackberries too are packed with numerous plant nutrients such as vitamins, minerals, anti-oxidants, and dietary fibers that are essential for optimum health. The berries are very low in calories. 100 g provide just 43 calories. Nonetheless, they are rich in soluble and insoluble fiber and Xylitol, a low-calorie sugar substitute in the fruit fiber which absorbs slower than glucose inside the gut. It, thus, help in steadying blood sugar levels.

So they are really good for you, . . . as long as they are not eating your pets.

2  Question: Here we are at Sunday morning (and so close to launch!).  There's a favorite breakfast entree that is in the story "Walter's Sunday" . . . Walter's wife made the yummiest ones.  Take a stab at it - what might that be?
Answer: Pancakes! 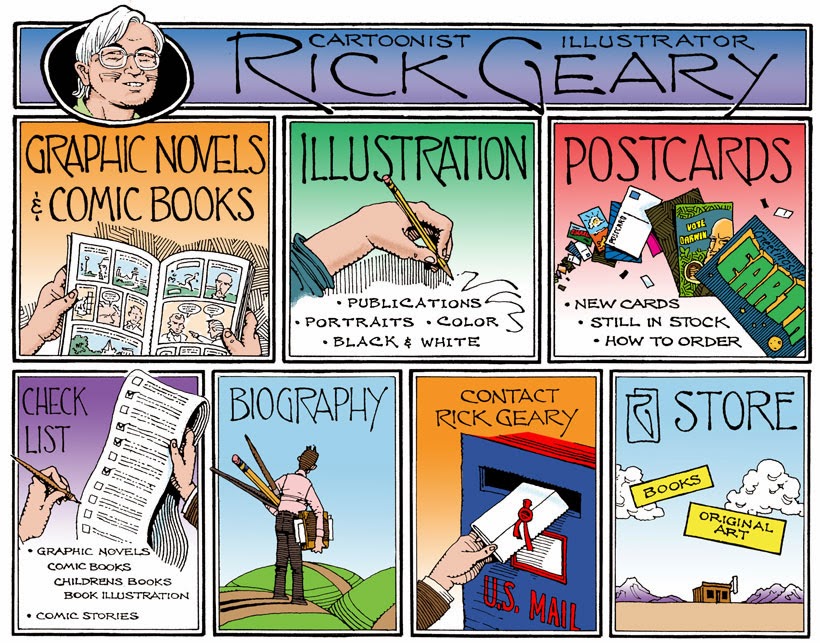 3  Question: In the serialization of Gorak the Gobbler that was posted on this site as part of the pre-promotion of new book, a publication of illustrator Rick Geary's is mentioned.  Anybody catch which one it was?
Answer: Jamie hands Gorak "The Invisible Man" Edition put out by Papercuts

4  Question: Electronic varietals aside (*smiling*), is the blackberry a tree?  A bush?  or a vine?


Answer: None of the above.  The blackberries that most are familiar with grow in what are referred to as "canes." Canes are long single stems with smaller stems growing off of them, but never fully developing into significant length the way a vine system would.  Canes can grow as long as 30' before they re-ground themselves at the tip and root a new cane (or "primocane")

5  Question: Half way to LIFT OFF, so we'll make this one easy - kind of.  How many of my Trio Tales have been published to Kindle?  Consider carefully! Don't be fooled!

Answer: Okay, it was a trick question - seriously. There are only five Trio Tales collections published for Kindle.  Trio Tales 2013, pictured to the left, is only available in paperback. 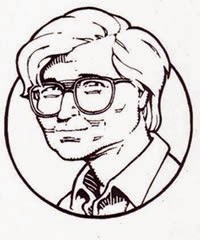 6  Question: Illustrator, Writer, Cartoonist Rick Geary has had a long career of amazing work going all the way back to his early days at National Lampoon. Comics, graphic novels, children's books, satire - you name it and he's done it. Can you name six major publications that Rick Geary's works has appeared in OTHER than National Lampoon? 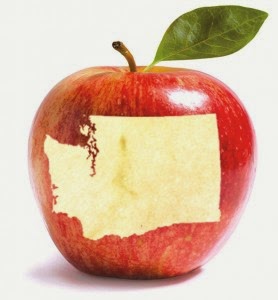 7  Question: Second only to the blackberry in prominence in this collection is the apple.  In fact, an apple plays a significant role in the finale of "Gorak the Gobbler." Apples are the largest exported produce item in my home state of Washington.  What percentage of apples produced in the United States come from Washington State?

Answer: More than half of the apples consumed fresh in the U.S. come from Washington.  10-12 billion apples are handpicked every year (no machine harvesting, here!) and if you placed each individual apple harvested in Washington in a single year side-by-side, they would encircle the earth 29 times. (from http://bestapples.com)

8  Question: Animal companionship figures prominently in much of my fiction writing, having spent most of my life "cat owned."  There are several such companions in this book.  Since all of these stories have been published in part or in full here on my website, fans will have a distinct advantage - but feel free to guess too!  How many total?  How many cats?  Dogs? 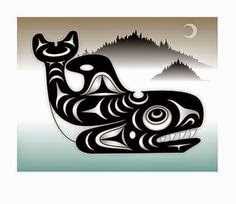 9  Question: In the title story "The Blackberry" Dave Hall is a member the Snohomish Tribe.  How many native american tribes can be found in Washington State?

Answer: There are 38 individual named indigenous tribes in Washington State.  There are 29 recognized by the U.S. federal government. 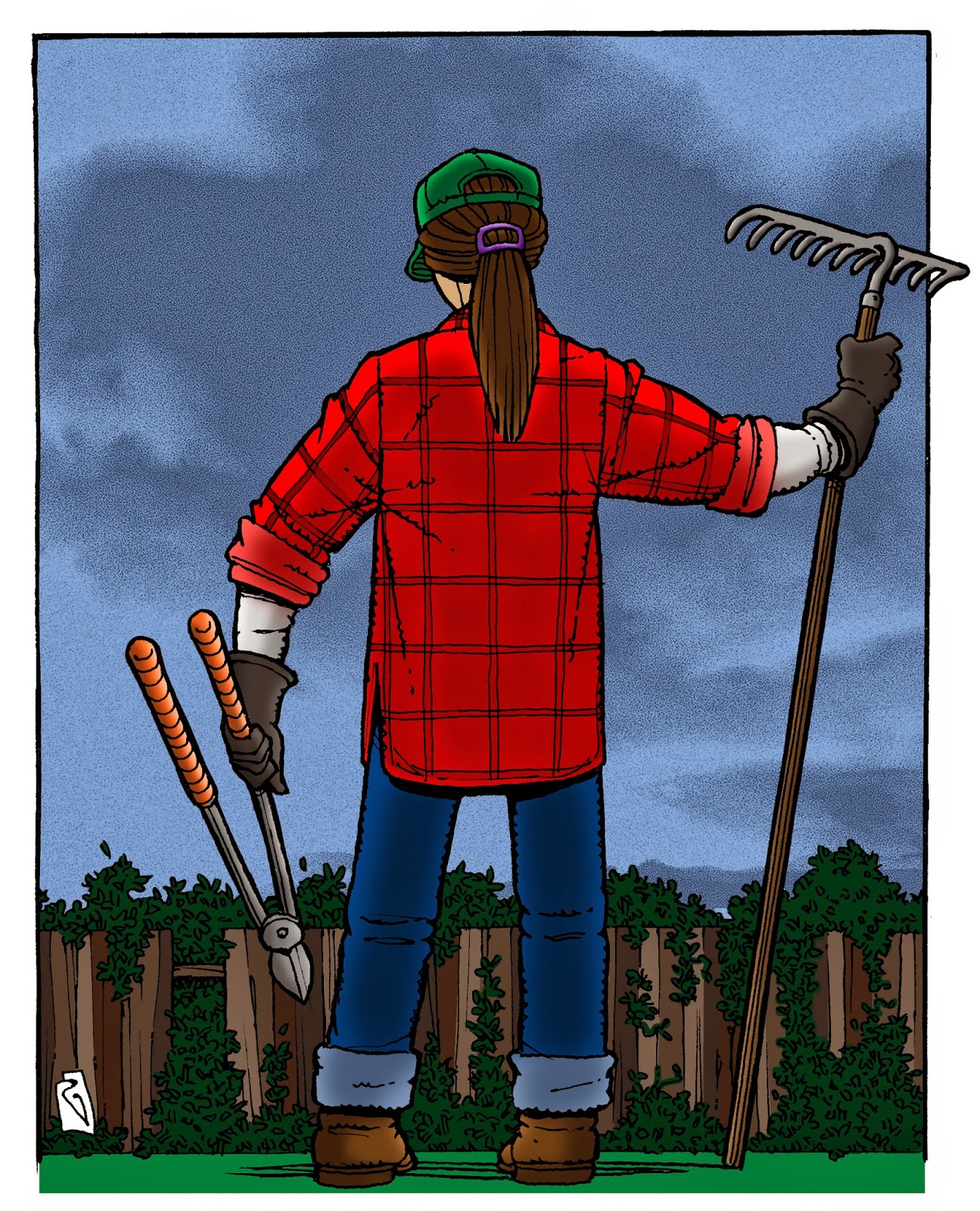 10  Question: How Many species of Blackberries are there?

Answer: There are tens of thousands of blackberry hybrids and segregates of various types, the thornless blackberry being a modern development. Several species, notably the cutleaf, or evergreen, blackberry (R. laciniatus) and the Himalayan blackberry (R. armeniacus), are invasive species that spread rapidly by animal-mediated seed dispersal and vegetative reproduction. (from the Encyclopedia Britannica)
Posted by Judith Cullen at 1:16 PM