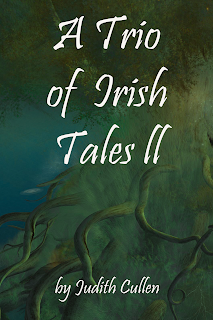 2013's A Trio of Irish Tales is by far my best selling collection, ever. Finally, the much promised second volume of stories is heading for completion and will be released in plenty of time for the holidays.

A Trio of Irish Tales II features two stories that rejoin characters introduced in volume 1, and the third story introduces an entirely new cast of characters in a situation inspired by real places found in Ireland.

In "Two Houses" a young American couple on their honeymoon find their ties to Irish heritage are far more insistent than just a simple perusal of genealogies.  As the past disturbs their future, Mark and Cate must unravel the mystery of two houses that suffered very different fates, but that are somehow connected.

"The Fairy Tree" reunites us with young Liam Killough of "The Shadow by the Gate."  He and his family have settled into life in rural County Wicklow, but Liam is at continual odds with farm manager Rose McLane. The tension has been mounting and explodes with unexpected results, leaving young Liam desperate to set things to rights again.

"Patrick's Path" features Pat Flynn from "In the Mists." Pat is 24 now and he's tired of always walking in everyone's wake - following along behind.  He wants to find something that he is passionate about; something that he can claim as his very own. He also wouldn't mind catching the eye of Daimhin Finnegan.

More stories, more adventure, history, romance and mythology.  Three modern tales steeped in the lore of an ancient land.  A Trio of Irish Tales II will call to your Celtic soul, even if you never thought you had one.

Coming to Amazon for Kindle and in Paperback.

Join my new Stories by Judith Cullen mailing list to get special email pre-release updates and news of events! 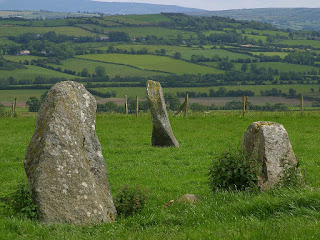 Calling in books, in poems,
A dozen chance implications.
“We’ve been to ,
We just got back in”
Jealously ecstatic
“Come to .”

Land of past mothers and fathers
Bosom of soul-filled heritage
Yearning past tense, for welcome
On someone else’s native soil
immigrant, heart of toil
“Come to .”

“One day, child of the scattered,
your heart and your heartland
will reunite once more.”
Murmuring promises sent
Wafting on a green wind
“Come to .”

Posted by Judith Cullen at 7:20 PM

Email ThisBlogThis!Share to TwitterShare to FacebookShare to Pinterest
Labels: A Trio of Irish Tales II, Amazon, In The Mists, Ireland, Judith Cullen, Judy Cullen, Kindle, Poetry, Short Stories, The Shadow by the Gate