"FIVE VIEWS OF A CHRISTMAS TREE: ~ View Five (The Conclusion) 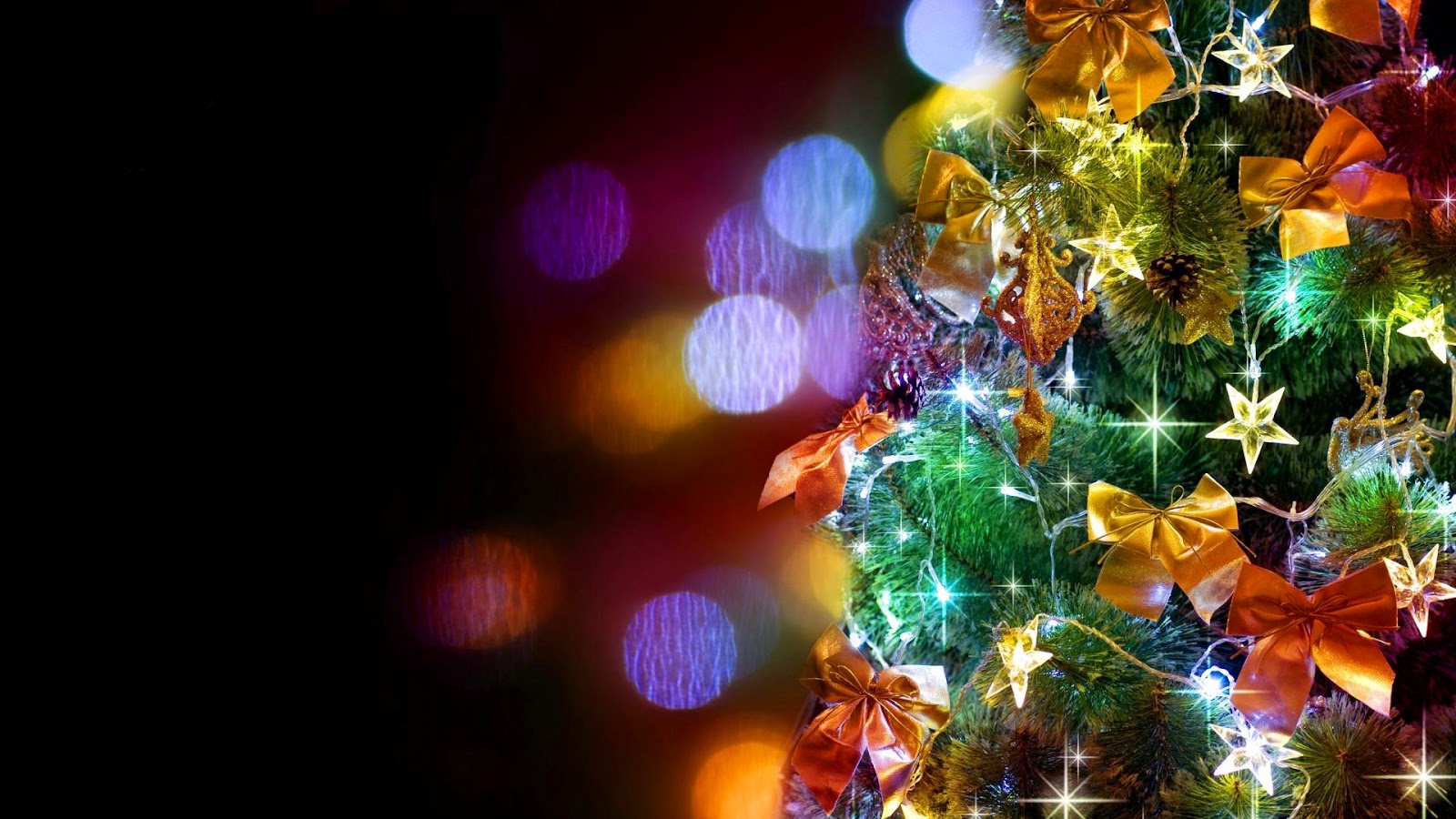 Five Views of a Christmas Tree
By Judith Cullen
(c) 2014

It was the year of facing facts.  Facts can save you, and facts can challenge you profoundly.  This instance was the latter.  I was a rigid devotee in the “fresh Christmas tree” camp, ignoring the arguments about sustainable practices and thinking “green.”  I clung to the memories of my childhood and the delights of the smell and feel of a real tree, at least until it got dry and prickly.

I lived on the top floor of a three story apartment building, all the way at the end of the hall.  You couldn’t live much father away from the entrance and still be in the building.  Not only that, the area where the dumpster was and the place we discarded trees was far away at the other end of the lot.  I used to have a friend who also lived there, who would haul my tree down to the other end of the lot every year.  Then he moved away.  What followed was a series of years in which the tree went out on the deck sometime in January and could stay there as late as March before I would saw off the crackling limbs and haul them away, saving the trunk to cut up for firewood.  By this particular year, I had gained a nice collection of denuded tree trunks.


It wasn’t just the trials of the tree itself. It was the time of year.  Things got crazy, and the demands of working in the performing arts were compounded by my own insane expectations of myself and my responsibility to holiday cheer in general.  I had a whole list of had –tos that the season demanded or it just wasn’t "right."  Cookies to bake, decor to set up, even gift-giving related rituals. Live for enough decades, and you can accumulate a stifling mass of such expectations.  I had yet to learn that it is okay to let traditions evolve over time, and that what was magical last year and the year before loses its meaning when it becomes an obligation, ceasing to be a joy.

I was approaching that with the whole fresh tree thing.  I just did not have time to go out and get one that year.  I was also starting to harbor a certain amount of guilt over that collection of Christmas tree alumnae in my shed. Not having a tree was not an option I would consider.  Though in later years I would occasionally skip, and in fact have not had my own tree in two Christmases as I write this. I was not ready to let go back then.  What to do? 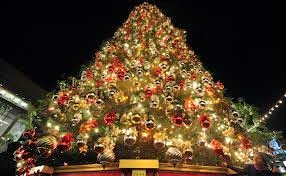 The theater that I worked for had been donated a very nice artificial tree several years before, and this particular year we had chosen not to put it up for some reason.  So I borrowed the theater’s tree.  I didn’t stop to think that it was a ten foot tree, and that my ceilings were maybe nine feet.  The reality turned out to be that they were eight feet and some change, but I had a plan and I wasn’t going to be side tracked by mere facts.

I brought the tree home, dragged the box into the elevator and down the hall.  At least, on the back end, I would be able to drag that box out once again and it wouldn’t be any more difficult.  I unpacked and sorted the limbs, and began to assemble it.  Shouldn’t have been hard, I had done it before.  That was when I began to realize that I had seriously underestimated how big the tree truly was. Furniture was shifted, tree locations reconsidered.  I shooed the cat out of the Christmas tree’s box in order to put a bunch of the limbs back in it.  There was no way I was going to be able to assemble 360 degrees worth of those limbs and still be able to walk into my living room.  As it was, the tree was on the very precipice of dwarfing the entire space.

Then the final kicker: the top of the tree wouldn’t fit.  You do the math!  Ten foot tree, and an eight foot plus change ceiling: it was not going to happen.  I stood back and looked at it where I had pushed it into the corner.  The limb reduction plan had worked, but there was no immediate easy fix for the top of the tree.  It looked like it had been lopped off by a low flying aircraft – just this flat cap where the lovely tapered top should have been.  It was December 23rd and I had company coming the next day and family the day after that.  Failure was not an option.

I made a Santa-worthy dash to the craft supply store, open late for the season, and returned home with three spools of wide, wired Christmas ribbon and a hopefully cunning solution. Resplendently gold, red, and green I took those spools to my kitchen table, and armed myself with wire, scissors and a hearty stapler.  I constructed the largest damn loopy, ornate bow known in domestic use.  It was a good thirty inches in diameter and just high enough for the tree to look appropriately topped – about twenty inches.  After the lights and ornaments were placed on the tree, the remains of the ribbon came cascading down the tree in hand-crimped rippling splendor.  Victory was mine!

My guests made only a few references to the size of the tree, but most were there for the cookies and mulled wine so they generally let it pass.  So what did I learn, and what was the point of this tale.  What indeed is the point is all five of these views of Christmas trees?

We become victims of our own desire for magic at Christmas, and we forget.  The imaginative transportations of childhood become moments we grasp with iron claws, trying every year to replicate them until we work ourselves into holiday hysteria.  More lights, more cookies, more tinsel, more traditions.  Such delight-filled moments are transitory. In trying to manipulate the magic of the season, we cut ourselves off from new moments of comfort and joy that are waiting for us. 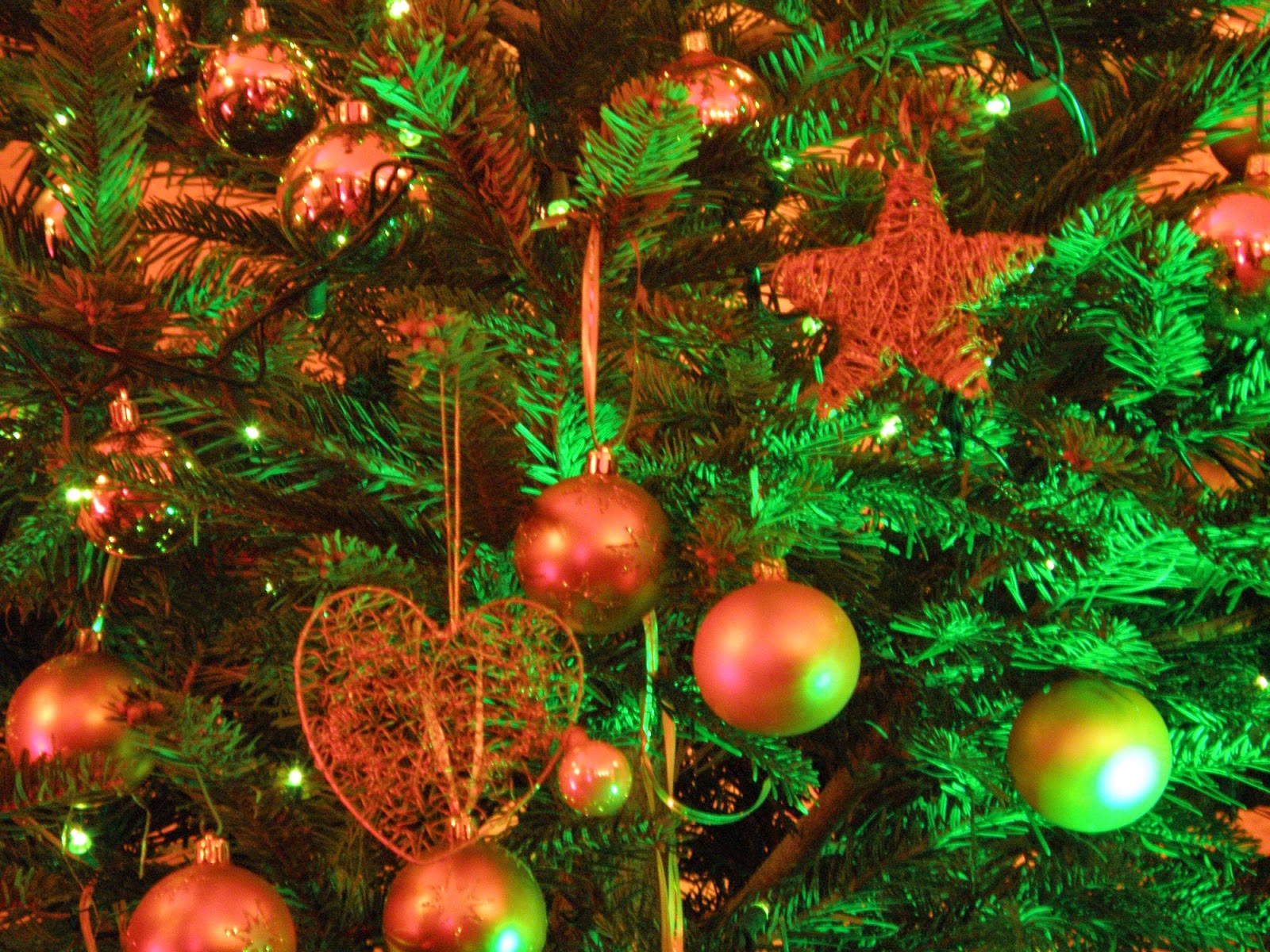 Every Christmas tree is a beauteous work of art if it comes from somewhere inside you.  They are magical expressions of our personal love, history, and values.  The trees may change shape, the decorations change, even go away.  But the magic and love that is exemplified in a tree, the celebration of feasts and famines past, of adventures and wonderment – that never dies.

To borrow from Dr. Seuss: when we set out to embrace the holidays, whether secular or sacred, we should remember these words – the brilliant “why” from the "whos" of Whoville:

“Christmas day is in our grasp, so long as we have hands to clasp.”