CHANGE BEGINS AT THE ROOTS - #loverebellionchallenge 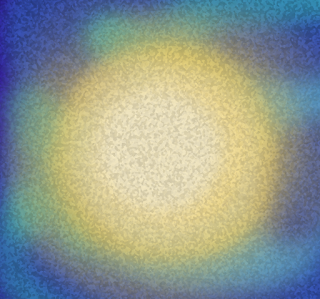 Two weeks ago - an awful week which terminated with the shooting of five law enforcement officers in Dallas - my friend Jason wrote a long, heartfelt post on facebook which concluded with the call for a love rebellion.  A revised version of that post is HERE, printed on this blog with his permission.

Jason makes a point that I happen to agree with - change begins at the roots. There is a reason why the term grassroots came into popular use.  Those of you who garden know that no matter how healthy a plant is, if its needs are not met at the root level it will not flourish, it will eventually wither and die.

We are faced with a lot of top end problem solving these days, as bursted-blooms on the national level declare that they can solve the problems that fuel our fears - they can lead us to prosperity.  And all the leaves surrounding them rustle the echo of top-down solutions.  We want to believe them, because living in our increasingly violent, hate-shame-blame filled world is getting unbearable.  Somehow our society has turned into Strange Days and we want to shout "No, no, this is not what we wanted!  That was supposed to be fiction. Can we get a retake, please!"

This descent is aided by the medias, which reflects the culture of our times as much as they shape it.  The news media is generally ready to provide you with the dirt on whomever you don't agree with, so you can not agree with them even more.  Social media creates the illusion of public forums for civil discourse that are false, that amplify discord and divisiveness, and propagate the spewing forth of opinions and ideas with a frightening anonymity which holds the individual minimally accountable for their role in the clamor.  It is a culture of entitlement where my right to be right, overrides any obligation to be kind and good. The whole rambling mess becomes a committee-of-the-whole in which everyone talks, no one listens, and nothing is resolved except that everyone becomes more entrenched in their established positions.

We have to start by treating the roots.  People are angry because they are afraid, they feel threatened.  In many cases there are legitimate causes for that.  Fingers are pointed, labels are placed and replaced.  The hopelessness and frustration can be overwhelming.  I know that is how I feel very often.

What do we do?  How do we change the web of dysfunction and anger into something positive?  Every problem we face, every change we are screaming to make, has to start at the roots.  Work locally for the change you want, and more than that - work personally to change the patina of society.  Jason presented a challenge in his facebook post:  start a love rebellion.  I accept his challenge.

Now I am pretty low on the "means" scale.  I've never made more than $40,000 a year in my life, and I currently make less than 30% of that.  I am not idle.  I work hard.  I have always worked hard.  As a casualty of the recession, I can tell you that hard work will not set you free, and the American dream still being chanted in our political forums is a broken and unrealistic one. Not everyone can be on top.

I still work hard, because I believe in the work that I am engaged in.  Prosperity is no longer a focus.  I don't share this to engender your sympathy. I share it to erase the excuse that the "haves" must make a kinder, more compassionate society happen, while the "have nots" wait to receive its benefits.  Nope, this is a game where everybody must play.  It means letting go of labels, your own and those you place on others.  It means letting go of recognition - no thank you notes here.  It means making a conscious effort everyday to make your corner of the universe a little brighter.

Yesterday I woke up feeling pretty rested.  I worked at home for over two hours before leaving for a job site.  I didn't get everything done I intended to, and 10 minutes before it was time to leave I was exhausted.  I wanted to take a nap, not drive 30+ miles.  But, when you only work part time a few days a week, this is not a luxury you can indulge in.  So I climbed into the car and headed for the freeway. 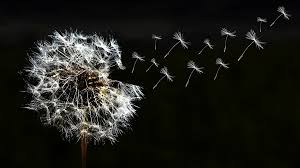 The line at the local Starbucks drive-thru was not as hugely long as is normal, so I decided coffee was a good idea.  As I waited in line I thought of Jason, and of the rotten day I knew he had recently had.  When I came up to the window I paid for my drink with cash and handed a Starbucks Gift Card that had been languishing in my wallet to the girl in the window and said, "apply whatever is on this to whomever comes after me."  That was it.  I had no idea who was behind me, and I never will.  But someone's day had a bright spot in it because I was able to adjust my focus from me, to the rest of the world long enough to buy a cup of coffee. A stranger. No terms applied.  I have no idea how they vote, what they believe.  I only know that they exist, we exist on the same planet - a place where we all are desperately engaged in the pursuit of happiness.

This is a practice that Starbucks patrons engage in.  I didn't invent it - not original. It also happens at restaurants all over - paying it forward with a cuppa.  Living with intentional kindness does not have to be just about beverages, though it certainly can be.  Next time I am in a restaurant I am seriously going to consider asking the wait-person to put the next order for an individual beverage he/she takes on my tab.  If it is served in a mug, a glass, or a cup I will pay for it.  Wonder if you could get a whole restaurant to "pay-it-around"?  Imagine what a paradigm shift that would be, if a whole group of people could think beyond themselves so completely for just a moment.

I am going to intentionally engage in one act of kindness a day for the next week.  Today's already happened.  I gave help and encouragement to some young men trying to park an SUV that apparently couldn't reverse. I made careful suggestions.  I watched to make sure they were safe. I applauded them when they succeeded.  I did not yell at them to stay off the lawn, or ridicule them (either silently or out loud) for having a less-than-fully-functional vehicle. Pretty benign, I know.  But I could have just as easily walked away.

Take the challenge and join me.  It doesn't have to be coffee.  It just has to be intentional and to someone you don't know without thought of reward or recognition.  It could be something as simple as a compliment, or offering to help someone who is struggling with full arms.  It can be a smile and a door held open.  And it certainly can be a cup of coffee or a cookie.  Be imaginative.  Be kind.  Tend to your roots. Change your world.

You can join the rebellion on facebook, share your experiences, and inspire others to accept the challenge.  https://www.facebook.com/groups/575294989319335/
Posted by Judith Cullen at 5:11 PM